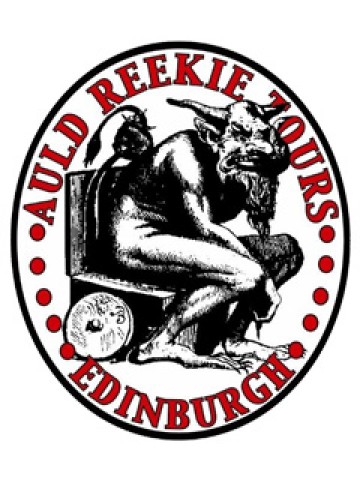 £2.00 off per person (not to be used in conjunction with any other offer)

Customers must be wearing a band to receive the discount.

Auld Reekie Tours is one of Edinburgh’s premiere tourist attractions; offering historical and ghost tours deep in the subterranean chambers of the South Bridge. Initially founded in 1995 by Ian McKain, ART is the only tour company in the city with exclusive, private access to the infamous Niddry Wynd of the South Bridge vaults. First a storage space used by the shopkeepers and merchants of eighteenth and nineteenth century Edinburgh this street quickly degenerated into slums, where they were used as homes, brothels, taverns and worse by the beggars and thieves of the Old Town. Fast forward almost 200 years and nowadays they are said to be one of the most paranormally active locations in the whole of the country. Auld Reekie Tours has, in some circles, become a household name due to it’s participation in international television shows such as Most Haunted, Most Haunted: Live and Ghost Hunters.

We run several different tours to cater for all requirements; the History Tour, the Underground Tour, the Ghost and Torture Tour and the Terror Tour, in addition to Children’s Tours and Overnight Ghost Hunts with our sister company PIS. With the exclusion of the Overnight experiences our tours are priced from £8- £12 and vary in length from 45 minutes to 1 hour and a quarter.

Tripadvisor:
“Scary but well worth it!”
Reviewed 16 January 2012
I went with Auld Reekie tours with my girlfriend on recommendation from a friend. The tour guide, Jo, was fantastic with a great knowledge and passion for the dark history of Edinburgh! The tour was brilliant and I would recommend it to anyone staying in Edinburgh that wants something different to do one evening! My girlfriend didn’t sleep the following night so it must have been good!

Have you experienced a problem with this offer? Report It